“Seeing” Reality With the “Eye” of the Heart

In the era during which the Qur’an was revealed, traveling through the lands (or seas) was not an easy task. It was extremely arduous, and the chances of surviving harsh & adverse weather, or the loss of one’s luggage or animal, were thin. Journeys took months if not years to cover, and a traveler’s return to their homeland alive and well was, truly, an occasion for celebration.

In an era with no Google maps, airplane flights, luxury buses, or speed-trains, Allah revealed the following verse in the Qur’an:

“Have they, then, never journeyed about the earth, letting their hearts gain wisdom, and causing their ears to hear? Yet, verily, it is not their eyes that have become blind – but blind have become the hearts that are in their chests!” [22:46]

But first, let’s start with what Allah says in the beginning of the above verse of the Qur’an. Allah asks us this question right after mentioning the names of some past nations, which He destroyed due to His wrath upon their transgressions against His messengers.

He then asks us why they do not travel through the earth, and have hearts with which to reason/gain wisdom, and ears with which they listen? Allah then goes on to emphasize that it is not the eyes that get “blinded”, but rather, the hearts in the chests that become “blind”.

To sum up, these things are mentioned: (i) traveling through the earth (ii) having hearts that reason, gain wisdom (by it), or (iii) ears that listen (during it) (iv) eyes do not become blind, but the hearts in the chests that do.

To me, this verse of the Qur’an is a true reason to reflect; a real gem.

It invites us to move around in the earth, but not as an idle form of amusement and entertainment, which I think happens to be the primary motivation for a lot of travelers in today’s age.

It invites us to use our hearts and ears during our travels to learn about bygone nations, and to “listen” to their stories, coupled with observation of the archaeological remains of their civilizations, to reflect upon the reality of the life of this world in a manner that prevents our hearts from becoming “blinded” from the truth.

The heart of the believer, illuminated with true faith, can never be like that of the non-believers. A believer sees things that they do not see, feels emotions that they do not feel, and learns lessons through observation and reflection upon ancient civilizations’ grandeur and eventual destruction, which non-believers cannot even come close to learning.

Many past nations’ ruins exist around the world today as re-discovered archaeological sites, which are meticulously restored to serve as tourist attractions, and studied for research. Most of the “wonders of the world” have been such sites.

Examples: Petra (in Jordan), Machu Picchu in Peru, Pyramids in Egypt, Stonehenge in England, Mohenjo Daro in Pakistan, Chichen Itza in Mexico, Pompeii in Italy, Sodom & Gomorrah near the Dead Sea, and many more.

One thing common about many of the civilizations who dwelled in these “wonder”-striking sites, is that they worshipped gods other than Allah, primarily the Sun.

Another thing that strikes the insightful believer is their obvious command over astrology and study of the Sun, moons, stars, and constellations.

The third obvious factor that is quite awe-inspiring, is that modern-day researchers have still not been able to fully figure out just how these ancient civilizations were able to move such heavy stones about and place them in such intricately accurate positions, without the use of machines.

The construction of Stonehenge, the Pyramids, and Itza, for example, take accurately into account the periodic movements of the Sun and the stars (you can read up about this further online, if you wish). 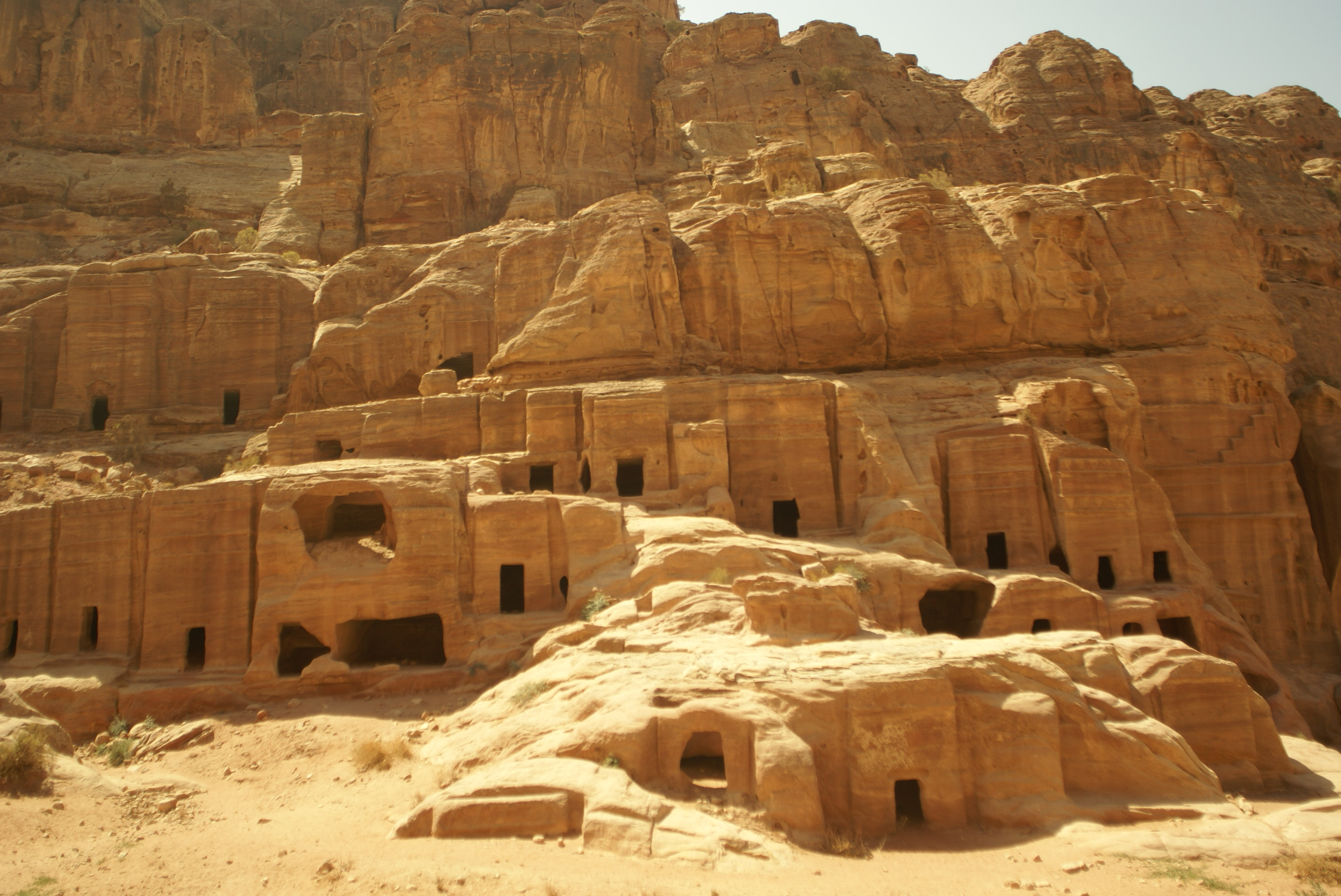 Their mastery and power over their use of hard rocks and stone in the construction of their buildings, is unparalleled in our era, even with our massive cranes and machines.

Not to mention, our flimsy, steel-and-glass buildings seem like toothpicks in comparison to their humongous stone monuments and palatial structures. Petra especially comes to mind, whose inhabitants carved out rock-hard mountains from inside, to form their dwellings.

Allah has placed a heavy feeling or vibe that is known in Arabic as لعنة (being cursed) in and around such sites. However, non-Muslims are immune to this feeling, mostly because of the state of their hearts, which are “blind”.

They do not see the reality of why these nations were not just destroyed in one go, but also to the fact that their remains were almost miraculously preserved just enough to give away their ill fate, and then allowed to be uncovered by Allah centuries later, in order to let latter generations gain insight, fear, and wisdom from observing them.

They do not see the cause-and-effect relationship between transgression coupled with disbelief, and Divinely-sent, absolute destruction despite the presence of ‘absolute’ worldly power.

Only the discerning believer can feel the wrath of His lord when he or she passes by these sites.

To conclude, ponder upon the state of your heart in the light of the above verse of the Qur’an:

Do you have a heart that “sees” things as they really are?

That is, do you have a heart that gains wisdom and insight when you hear stories of bygone peoples, or come across ages-old historical ruins during your travels?

Or do you instead get deluded and “blinded” by the apparent glitter and grandeur of the life of this world (the labels, price tags, and prestige symbols), instead of pondering upon how entire nations that possessed even more power and prestige than us in the past, were completely destroyed by Allah?

When you hear or read the deeply disturbing as well as pleasant news stories every day from around the world, can you figure out what is going on, and why?

Or are you perpetually confused about the real purpose behind the creation of our temporary worldly life on earth?

Is your heart blind? Or do you “see” everything clearly, with the “eye” of your heart?